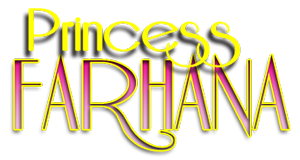 Internationally acclaimed dance star Princess Farhana (Pleasant Gehman) has performed, taught, researched and written about belly dance and burlesque since 1990. She has appeared in Egypt, Turkey, Hong Kong and Australia; toured several times across Europe and The United Kingdom, as well as throughout North America. An artistic chameleon and a boundary-pushing pioneer, she performs many styles of dance with ease, from ultra traditional to contemporary belly dance and burlesque. Her diverse talents encompass visual, literary, musical and dramatic arts as well as dance. She has fronted three bands, and is featured as an actor in several motion pictures and television shows, and has been interviewed for numerous feature-length documentaries, including director Steve Balderson's "Underbelly: A Year In The Life Of Princess Farhana".

Trained in Egyptian style belly dance by Zahra Zuhair in Los Angeles and Raqia Hassan in Cairo among many others, The Princess is well known as a theatrical belly dance fusion performer, conceiving and executing fantasy tableaux in minute detail, a dramatically recreating vintage styles of Oriental Dance from the Edwardian Era, the 1920's, The Egyptian Golden Age, and the American Cabaret Style of the Sixties and Seventies

She has starred in seventeen instructional and performance DVDs. Her most recent projects include her two new books, "The Belly Dance Handbook" (January 11, 2014) and the memoir "Showgirl Confidential: My Life Onstage, Backstage And On The Road" (published by Punk Hostage September, 2013). Her latest instructional DVD "Strike A Pose: How To Make The Camera Love You", was released in June 2013.

The Princess is known for her high-concept, innovative performances, dramatic stage presence, and incredible abdominal work. Her warmth, enthusiasm, extensive knowledge and her adventurous spirit -both on and off stage- captivate audiences worldwide.